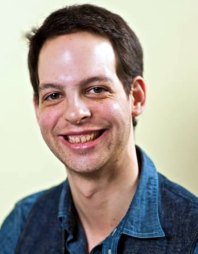 We’re very pleased to announce a TimeGate first-timer! Stephen La Riviere will be coming to us all the way from Geneva. He is a writer and documentary filmmaker and has produced pieces on The Saint, Upstairs Downstairs, The Ipcress File, The Champions, The Persuaders, and others. This past September he wrote and directed a feature-length documentary called Filmed in Supermarionation, focusing on the puppet productions of Gerry Anderson like Stingray, Fireball XL5 and, of course, The Thunderbirds. With this year being the 50th Anniversary of The Thunderbirds, we’re very fortunate to have Stephen with us. He will be participating in our British Pub and our Doctor Who tracks; come meet him to hear all about his other current and future projects, like his work with Big Finish and an upcoming brand new Gerry Anderson series! Welcome to the TimeGate family, Stephen!